An architect from MarmonMok of San Antonio brought new drawings to the board of trustees of the library district on Thursday during their regular meeting.

The new elevation renderings show the addition of a large play area that would be northwest of the expanded library. Trustees discussed the idea of covering the area so it can actually be used during the hottest parts of summer.

The board, along with the board of the foundation, are continuing to stress the need for fund-raising, and received a report from the architect on the possibilities for offering option of naming certain rooms or areas of the expanded library in exchange for designated donations. 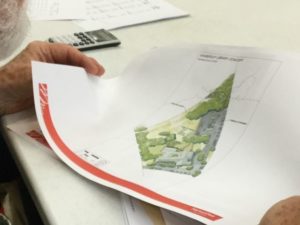