A curious matter of taste, Part 1

Literary Hub, a website for exactly what it seems to be, has recently published an absolute goldmine worth of material about best-selling fiction and nonfiction for the last 100 years.

Talk about a good way to gauge what a nation’s obsessing on! I’m sure looking at best-seller data as an indicator of social pathology or health is suspect. Interesting, nonetheless!

For starters, let’s take the subject of war or prospects for war or recovery from war. Leading up to, during and right after World War I, several books about the war appeared among the nonfiction best-sellers.

But, leading up to World War II Americans just weren’t all that interested, if the lists are any indication. In 1934, “Rome Burns” was on the list, and in 1936 “Inside Europe” by Gunther was among the best-sellers. In 1939, “Mein Kampf,” Hitler’s seminal work, made the list in this country, along with “Not Peace, But a Sword” by Sheehan. Hitler’s book made it to No. 7; Sheehan’s made it to No. 9. Then in 1940, there was a book called “American White Paper” by Alsop and Kintman. Shirer, one of the most admired writers about the rise and fall of Nazi Germany, hit the list in 1941 with “Berlin Diary.” And Churchill was on there that year with “Blood, Sweat and Tears.” Shirer hit No. 1, but Churchill made it only to No. 5.

After the war, there were almost no best-sellers about it on the lists. And during the 1950s, not a single work of nonfiction made  it to the list about the Korean War.

From 1964 to 1975, no book about the War in Vietnam became a best-seller. That’s an entire decade when about 67,000 young men and women were killed in Southeast Asia! Astonishing.

Over the 100-year period, patterns do emerge besides that one that is a pattern in reverse — the lack of a pattern about war reporting, I guess you could call it. More on those patterns in future postings here. 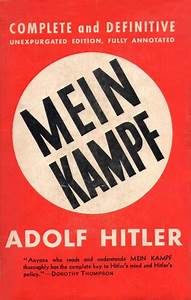